WOW! Where has the time gone??

I can't believe how long it has been since my last post.
So much has happened not sure where to start.
I have been stitching but I have also been doing grandma daycare four days a week
since the middle of February. I love watching the grands but it can be exhausting:)

So, Let me try to do some catching up. 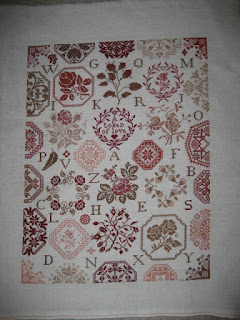 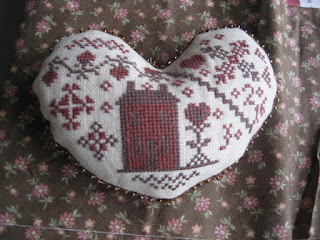 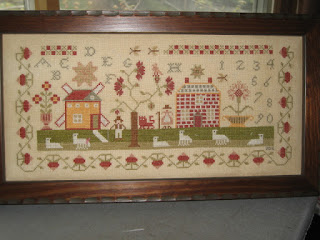 This piece I stitched last year but just framed it so I thought
I would show the finished piece.
This is Shepherd Sampler by WTNT. 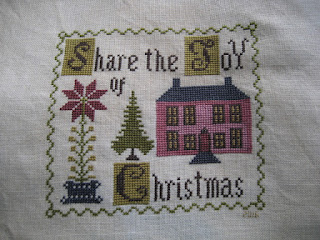 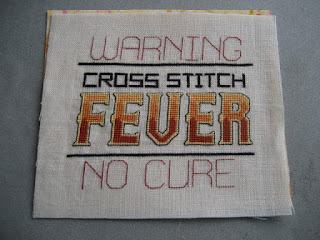 This was a WIP, not even sure when I started ii but I am trying to get some
of my WIPs done.
Cross Stitch Fever by Heart and Home Collection 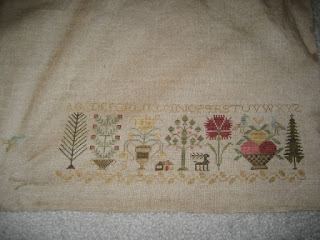 Once Upon A Summer by Heartstring Samplery Ladies Prim
Society club.  Stitched on 35 count linen with overdyed threads.
Not sure when I started it but finished 4-11-2016.
This was another WIP. 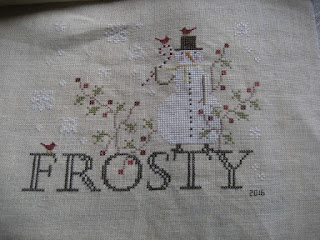 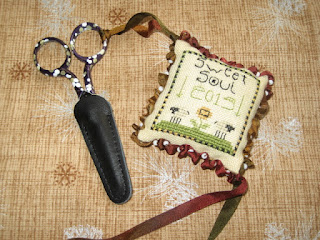 2015 Shepherd's Bush scissor fob.
Again another WIP, had this stitched for awhile
and just finished it. This is the front. 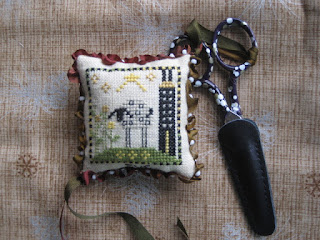 View of the back. 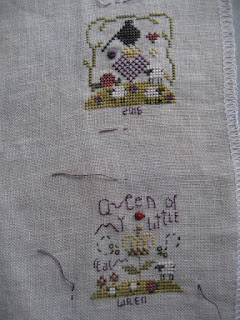 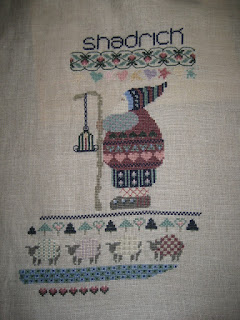 This is a WIP of a Shepherd's Bush stocking I started for my son-in-law.
Again not sure when I started it but it was finished 1-16-2016.
Stitched on 18 count natural linen with DMC perle cotton #5. 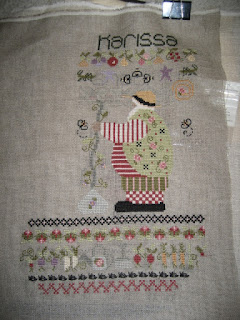 This was not a WIP but a project that should have been done years ago.
I wanted to stitch a stocking for each of our children well we have six!!!
Then add spouses and that's a lot of stockings.  So as of right now I think I have
two more to do with the possibility of another one when the last child gets
married. So my goal has been to stitch at least one a year. Goal met this year:)
I have stitched six Bent Creek Stockings for the grands we have.
Plus I try to stitch an ornament every year for at least the grands.
My advice, just remember when you commit to something like that it may involve
a bit of stitching each year:)

I hope all is well with everyone and thanks for stopping by.
I would say that I will try to do better with posting but not sure I should commit
to that:). But hopefully I will get better!!